Am I having an impact?

Through your journey as a founder, you realise at some point – or should do, at least I hope this post prompts it – how important it is to understand your own true motivations.

Often, when asked what their ‘Why’ is – the reason they’re doing what they do – people often respond with a knee jerk reaction about legacy, impact, or of course, money.

What doesn’t usually happen though is asking a second, third and fourth why subsequently, to dig deeper into that. 🔎

I’ve now made a habit of doing this with the founders I talk to and have found that the answer is almost always something that, at the deepest level, stems from childhood in some way.

Usually this manifests in one of a couple of things:

The latter is one people often won’t acknowledge or admit to because they feel like it’s something they should be ashamed of but I believe this is wrong.

We shouldn’t be ashamed by what we’re driven by – especially if it’s something that stems from early age. It’s part of your make up, it’s what makes you, you.

For a good while, I thought I was driven by money but after a sacrificing to make wider impact for much longer than I expected I would, I realised if that was true I would have been making much more money at the point I was (and am). So why wasn’t I? 🤔

It became obvious: I am absolutely driven by recognition and impact.

Once I recognised this, I started to drive forward on both of these traits, delivering impact which led to recognition and, in turn, money too.

Over time, I’ve developed some key areas of impact that are important to me and I actively work to deliver on, including:

If you don’t know what yours are yet, it’s good to get some inspiration from the UN Global Goals. It also helps you align your business values too – Yena touches on a number of these with the work we do. 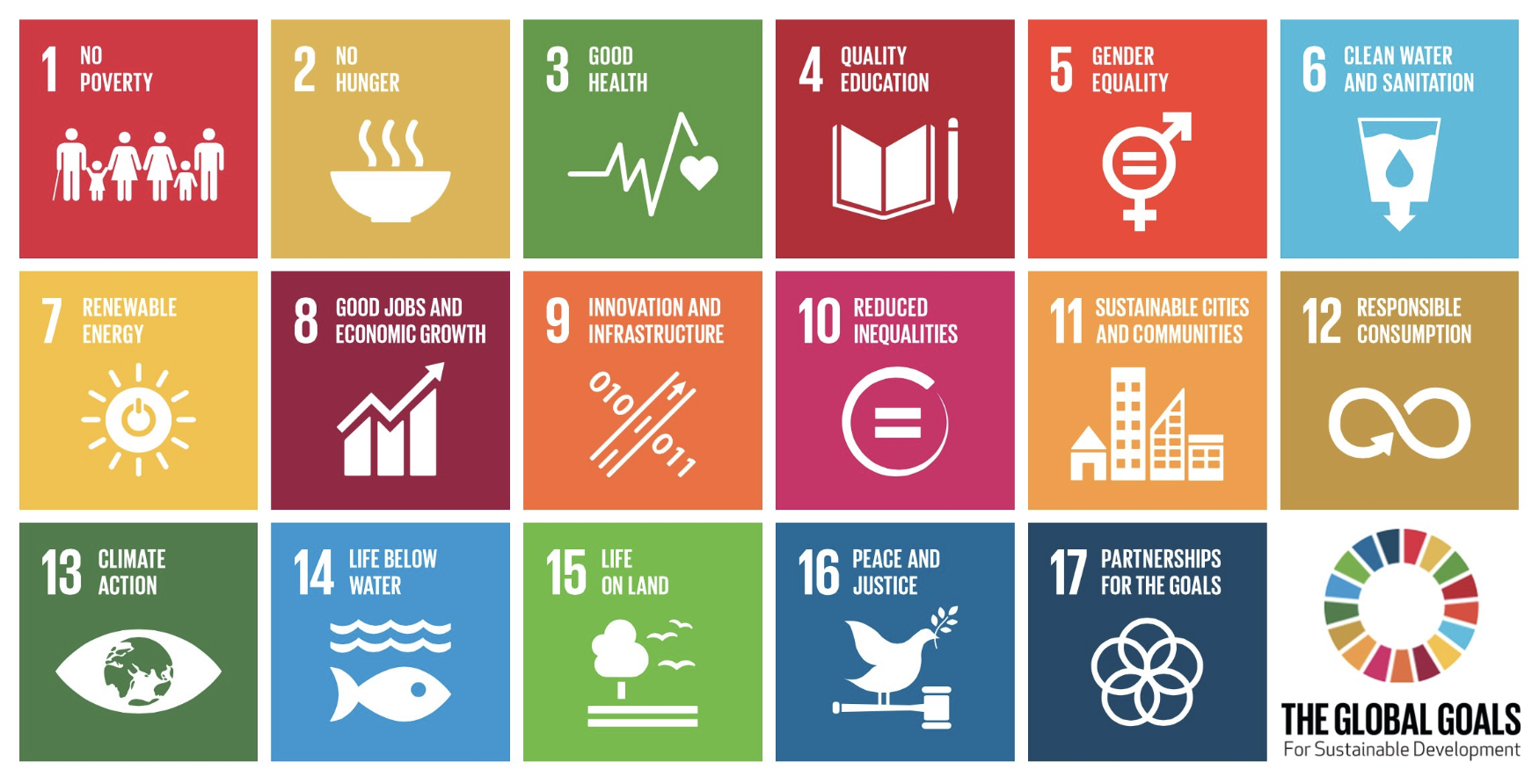 And that’s the point of this newsletter…

Impact can and should be done while doing work; not once the work is done.

There are many companies that operate like this. Famously TOMs donate a pair of shoes for every pair bought to someone in need. Less famously, Starbucks call all of their staff ‘Partners’, actively train them up, subsidise tuition and even pay tenancy deposits for them in some cases.

We deliver impact organically as it’s inherent in our business model and was meant to be from day 1.

When we decided to monetise the community it was never a “ok let’s make money now and then figure out how to make impact later” conversation.

So much so that people have regularly (and still do) question why our events are free. “You’re connecting 3,500 people a year across your events now, that’s a lot of potential money on the table” is the sort of thing they’ll usually say.

However, what they don’t realise is that, beyond the logistical reasons it’s would be crazy to monetise events (which is why we’ve had the necessity to understand the otherwise near-impossible way of scaling events at low cost), we don’t want to.

The reason our events are free is because we want to make sure that even if the youngest, most disadvantaged ambitious mind wants to connect with others like them, they can do so by walking into a friendly room in a city near them, with no fear of intimidation or a fee at the door.

Why should a 14 year old with all the potential in the world be limited by the amount of pocket money they get? We want opportunity for everyone. That’s a core business value for us and something I am adamant about never losing, as we scale.

And we’re adding to that impact.

Last month we signed our Sanctus pledge promising an open work place where employees can discuss mental health & well-being and we’ll support them in any challenges they have – for everyone at all levels.

Even more recently, we received our accreditation from Planet Mark, in association with Eden Project, measuring our carbon footprint so that we know the impact we’re having as a planet. 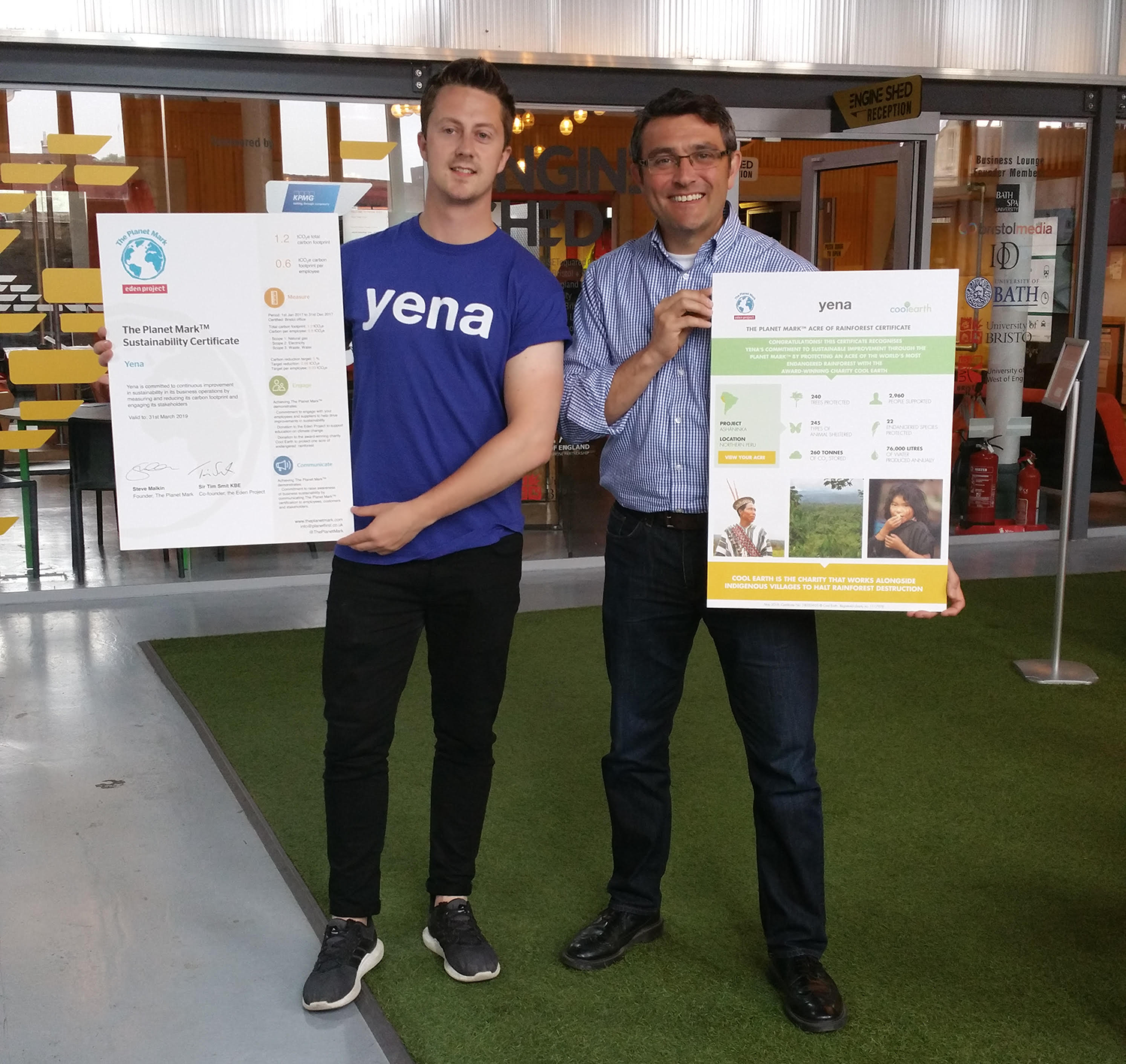 It’s important to us that the future generations not only have access to opportunities to achieve their vision for their best selves and the businesses they’ve always wanted, but that they do this in a planet that isn’t dying around them.

So it’s a tiny gesture but it’s a start and we invite everyone to take a look at the Planet Mark website to see the work they do and get your business accredited.

What ever you’re doing, I ask you to explore how you can do it while seamlessly making an impact. I promise you, it’s easier than you might think when you start to think about it.

I’d love to know about how you’re doing it if you already are.

Tweet me (@theashphillips) & Yena (@yenaglobal) with your social impact goals + actions and we’ll share them with the world!